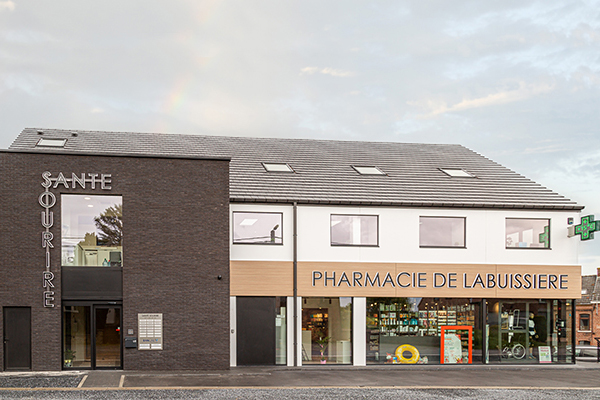 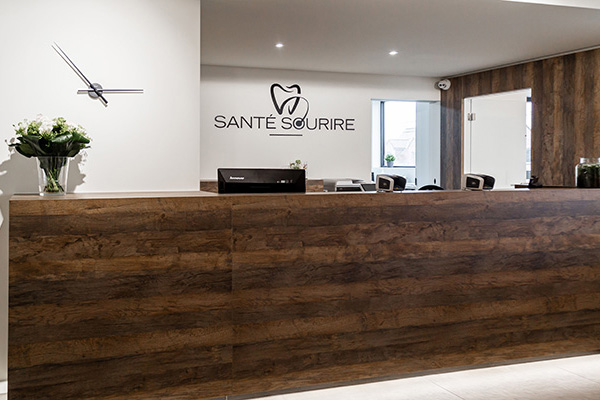 When Antoine Simon finished dental school in 2008, he joined his father’s practice in the Belgian village Merbes-Le-Château close to the French border. He soon began a journey that changed the original clinic into a state-of-the-art dental center.

Charles Simon, Antoine’s father, opened the clinic in 1981 and back then it had everything Charles needed to perform dentistry treatments. But soon after Antoine’s homecoming, they needed more space, and that set Antoine off to improve and expand the clinic with a particular attention to creating optimum conditions for four-handed dentistry.

He first added a treatment room with a new unit. Then more dentists and dental assistants joined the practice, and he built an annex to serve the expanding staff.

Now, they were treating approx. 20,000 patients every year. A volume almost unheard of in a rural area like Merbes-Le-Château.

After discovering the XO universe in 2016, Antoine had no doubts about what dental chairs to choose for the new clinic: “In view of their efficiency, design and quality, we have slowly replaced all of our installations with XO. In our opinion, no other unit on the market can compete with the XO dental chair, especially considering the sufficient space offered for both doctor and assistant.”

One of the main advantages of the XO FLEX unit is the ability to work efficiently in duo which was essential in the clinic expansion. “The ease they bring to four-handed work make them an essential allied. Four-handed ballet can evolve into natural movements,” Antoine explains. 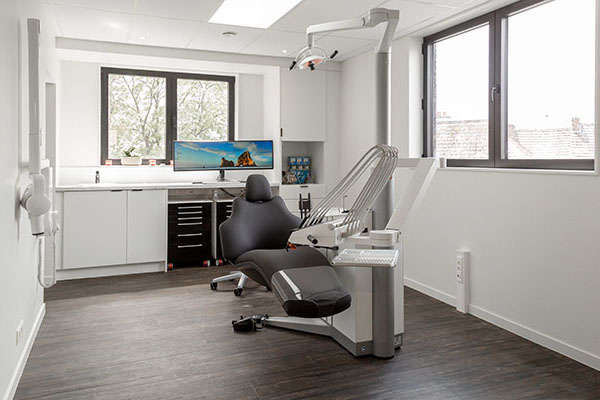 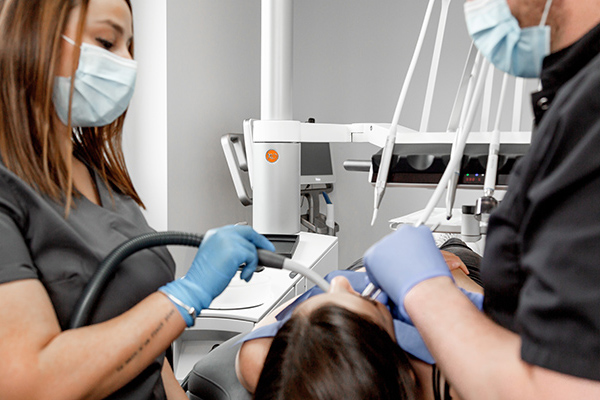 With the increasing patient inflow, Antoine decided to build a completely new dental center with sufficient space and efficient infrastructure to serve as many patients as possible. After months of planning and construction, the Simon family could welcome their patients in the brand-new dental center, Santé Sourire, with six treatment rooms, each fitted with an XO FLEX unit. In addition, Antoine’s wife, Celine, has established a pharmacy next door.

In creating the Santé Sourire clinic, the choice of dental unit has been effective in attracting qualified dental employees. He explains, “According to our dentists, the fact that we worked with XO influenced their choice to come and work with us. They knew the brand and its comfort and quality.”

For Antoine, the right dental unit was key in creating the dental center he envisioned, and being a financially wise investment, they will be able to use the dental chairs for years to come.

This website uses cookies to improve your experience while you navigate through the website. Out of these, the cookies that are categorized as necessary are stored on your browser as they are essential for the working of basic functionalities of the website. We also use third-party cookies that help us analyze and understand how you use this website. These cookies will be stored in your browser only with your consent. You also have the option to opt-out of these cookies. But opting out of some of these cookies may affect your browsing experience.
Necessary Always Enabled
Necessary cookies are absolutely essential for the website to function properly. These cookies ensure basic functionalities and security features of the website, anonymously.
Functional
Functional cookies help to perform certain functionalities like sharing the content of the website on social media platforms, collect feedbacks, and other third-party features.
Performance
Performance cookies are used to understand and analyze the key performance indexes of the website which helps in delivering a better user experience for the visitors.
Analytics
Analytical cookies are used to understand how visitors interact with the website. These cookies help provide information on metrics the number of visitors, bounce rate, traffic source, etc.
Advertisement
Advertisement cookies are used to provide visitors with relevant ads and marketing campaigns. These cookies track visitors across websites and collect information to provide customized ads.
Others
Other uncategorized cookies are those that are being analyzed and have not been classified into a category as yet.
SAVE & ACCEPT
Powered by